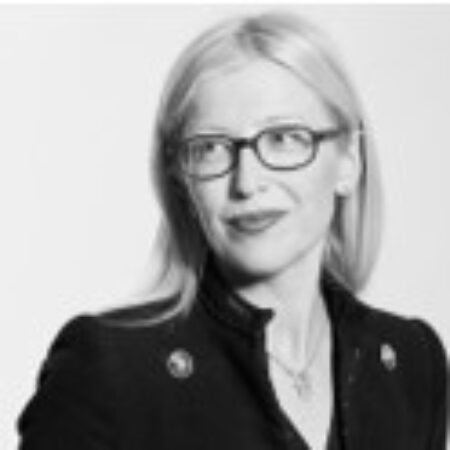 Alexandra is a partner in Brunswick’s London office and heads the group in Portugal and the Portuguese-speaking world. With more than 20 years’ experience in government relations, public affairs and international journalism, she bridges private and public sector strategic communications, specializing in crisis and reputational advisory.

Alexandra previously led served in government as Head of Communications for Portugal’s Ministry of Defense, Foreign Affairs and Development Aid. She is a qualified national defense auditor, awarded with Portugal’s National Defense Merit Medal. As a journalists, she was an award-winning reporter and anchor with Portugal leading news channel, worked for the BBC World Service in London, and The International Herald Tribune in Paris.

Alexandra is a guest lecturer on crisis and leadership at NOVA School of Business and Economics, sits on the board of Portugal’s Family Business Association and chairs the CPE think tank for Portuguese Studies in London. Alexandra is a graduate from the European Business School in London, completed an MA Political Science from Catolica University. She is fluent in English, French, Spanish, Italian, working knowledge in German, in addition to her native Portuguese